Is Snooker A Sport and is it in the Olympics

There’s been a lot of debate lately about whether or not snooker is actually a sport. Some people argue that it’s too slow and boring, while others say that the level of skill and concentration required to play at a high level makes it a true athletic achievement. So what is the answer? Is snooker a sport or not? Let’s take a look at some of the evidence and decide for ourselves.

Snooker is the main table game alongside pool and billiards. It was simply a game to relax and catch fun with friends in the past. But, snooker has evolved into a more professional sport. It is a grueling sport that takes its toll on the body, notably on the chest, back, legs, and arms.

A sport is a contest or activity that requires a degree of physical prowess, is done according to a set of rules, and is competitive. Snooker is also recognized by national sports governing bodies, most notably in Britain. But is this sport globally recognized as such?

Is Snooker a Sport

There’s no doubt that snooker requires a great deal of skill and athleticism. After all, the game is played on a large table, with very small balls, and players need to have a steady hand and good aim in order to be successful.

However, some people argue that snooker is not a sport because it does not involve physical activity. But this argument overlooks the fact that snooker also requires mental stamina and concentration.

In order to win, players need to be able to think several steps ahead, anticipating their opponent’s moves and planning their own shots accordingly.

So while there may not be a lot of physical activity involved in playing snooker, there is certainly a great deal of mental exertion. In other words, snooker is as much a mental game as it is a physical one. As such, it can certainly be considered a sport.

A successful snooker player must have excellent hand-eye coordination, and they must be able to think several steps ahead in order to plot their next move. In addition, many professional snooker players spend hours practicing their craft, in much the same way that athletes train for their respective sports. For these reasons, many people believe that snooker deserves to be considered a sport.

Is Snooker an Olympic Sport?

Cue sports have been pushing for inclusion in the Olympics, efforts to be included in the 2020 Tokyo Olympics fell through. Still, renewed efforts are being made to ensure that snooker and other cue sports get included in the 2024 and 2028 Olympics. However, as it stands, snooker is not an Olympic sport.

The major stumbling block to its inclusion is that the sport is not physically exerting enough. For a sport to get admitted into the Olympics, it requires many years of campaigning and the backing of IOC delegates. Snooker does not have the status of being a worldwide sport, unfortunately.

A significant advantage of having snooker as an Olympic sport will be its potential to break the gender barrier. Not many sports can have mixed games. But, it is a glaring possibility for cue sports such as snooker since it is an inclusive sport.

Why is Snooker not in the Olympics?

Snooker has not been added to the Olympics because it is not physically exerting enough. When snooker put their nominations, they could not gather enough support to be part of the Olympics.

To be an Olympic sport, IOC looks at factors like the sport’s reach, popularity, number of practicing countries, participation numbers, and many other factors. The entire process takes between 7 and 9 years. Snooker has put in nominations only once and was unable to succeed with it at the time.

Snooker as a sport does not have enough international following to warrant its inclusion in the Olympics. It is, at best, a regional game.

When Did Snooker Become a Sport?

While snooker was first played in 1875, it was primarily considered leisure. However, in 1927, the narrative began to change, and it could be viewed as a sport when the first World Snooker Championship took place.

The sport is governed by the World Professional Billiards and Snooker Association. The game’s popularity soared from the 1980s to the mid-1990s due to the increased TV coverage that it began to get from the BBC.

Snooker has broadly been referred to as a pub game and is rarely seen as a proper competitive sport. However, the way the game is viewed has begun to change.

There is now more coverage and understanding of the rigors involved in playing the sport. Soon, we will most likely see its popularity soar further, and inclusion in the Olympics will not be far away. 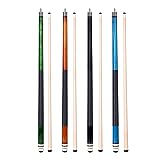