Maybe you just realized that your bumpers are dead, or you’re about to buy an old table that seems to have lost its bounce. If wondering how much it costs to replace bumpers, read on.

Bumpers, also known as rail cushions, are a very vital part of pool play. They are one of the parts that contribute actively towards how the game is played.

There needs to be a uniform bounce from all cushions, If you have tested your cushions and there isn’t, then it may be time to replace your rail cushions.

But you need to make sure you’ll replace them according to your table, there are a number of factors that will determine which rail bumpers and bumper profiles you will need for your table.

Let’s dive in and find out.

How Much Does It Cost to Replace Pool Table Bumpers

Depending on the size and type of your table, prices can differ greatly. Factors like table size, rail type, cushion profile, and overall brand affect the price. Unbranded cushions are of course cheaper than the branded ones.

Averagely, may cost anywhere between $50 and $150 to buy and install yourself.

If you are looking to have professionals come and install for you then the cost will increase to around $150-$200 for standard tables and bumpers.

Different rail cushion profiles are listed below for each sized pool table as well as the recommended glue for rail bumpers and bumper facings. 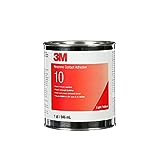 Imperial Billiard/Pool Table Cushion Facings, Pack of 12 Strips
Constructed with laminated rubber and cloth which provides added strength and stability; Each strip can be trimmed to ensure a proper fit with your billiard table 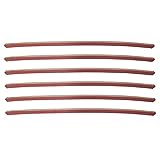 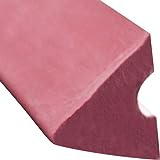 Imperial Billiard/Pool Table Cushion Facings, Pack of 12 Strips
Constructed with laminated rubber and cloth which provides added strength and stability; Each strip can be trimmed to ensure a proper fit with your billiard table

Price is negotiated if you’re adding extra features. It also increases if your table requires extra attention. Some large tables might require three hands instead of one and thus the price increases.

If you’re replacing your bumpers yourself, consider the tools you have and if you have to buy or rent the ones you don’t have.

Maybe you just realized that your bumpers are dead, or you’re about to buy an old but strong pool table that seems to have lost its bounce. And you’re wondering how much it costs to replace bumpers, read on.

Bumpers, also known as rail cushions, are a very vital part of pool play. They are one of the parts that contribute actively towards the play. Unlike the slate, bumpers differ from each other and directly affect the dynamics of a play. Players have to play being conscious of the amount of bounce a cushion has.

What Are Pool Table Bumpers Made of

Billiards cushions are made from vulcanized rubber and canvas clothing. This is a type of rubber used in tires, hockey pucks, and some shoe soles. Vulcanized rubber is used basically in anything that you want to maintain projectile or last long.

Vulcanized rubber is made when rubber is combined with elements like Sulphur at high temperature and pressure. Vulcanization is what gives rubber elasticity and toughness, two characteristics not often found together.

Canvas is added to prevent the ball from bouncing more than once when played at high projectiles. Canvas gives the ball a steady pace of play.

The composition of canvas and vulcanized rubber often varies depending on the profile and purpose of the cushion. The popular high-speed cushion has a notably higher amount of rubber than canvas. And as it ages, it becomes slower due to the petrification of its rubber. It also petrifies faster.

When the standard is followed, various profiles of rail cushions should have a differing composition of rubber to the canvas. This is to balance the speed and bounce vis-à-vis the rail’s structural composition.

What You Will Need to Replace Pool Table Bumpers Yourself

A pool table bumper replacement involves some things, the most important is your new pool table cushions.

to learn a bit more in-depth on how to change the cushion rails on your table, then check out my how-to guide.

To successfully change your billiard cushion, you’ll need to buy the following materials:

You also need the following tools:

Conclusively, a low-budget DIY pool cushion replacement should cost you below a hundred dollars. An extreme budget could even cut up to 70 dollars. However, be sure to replace your cushions with quality replacements.

Outsourcing your pool bumper replacement should cost you around 150 dollars on averagely and you can be sure of a hitch-free and professional replacement.

Remember all the trouble you go through to remove then replace it, also remember that every time you open up your billiard table, you draw out a little of its life, of its uniqueness and quality. So be sure to make sure that every replacement is worth it.

May your billiard cushions remain bouncy.

What to learn more about the:

What is a Slate Pool Table

How to Play Pool Alone