What is Ball in Hand in Pool?

Like every other game, the billiard has its fouls and regulations for playing. Some of these fouls can get confusing, though, as they are not the same as you will find in other games. In the middle of a game, you might find yourself asking what is ball in hand in pool?

It is essential to know all these instances to make informed calls in the game. The right knowledge would ensure no opponent cheats you. You would also learn how to differentiate it from other foul cases in this article.

What is Ball in Hand in Pool?

Ball in hand in pool allows a player to take the cue ball in hand and place it in any position. The cue ball placement can be limited to behind the head string depending on the game’s rules.

In break shots, the head string rule also applies. This kind of positioning of ball in hand is called a ball in hand anywhere in the kitchen.

In the game of pool, ball in hand is a favorable play for any player. It can be a deciding factor to whether you win or not. It is like getting a free throw in basketball or a penalty shot in hockey. It increases your odds of winning.

However, you don’t have to get disheartened because your opponent gets a ball in hand. While it doesn’t mean that you would lose the game, it is better to avoid fouls that lead to the ball in hand.

So, you need to know what causes ball in hand. It would also help you know when you have the advantage of a ball in hand.

What Causes Ball in Hand?

You can call for a ball in hand if any of these happen in your pool game;

When playing, it is essential to remember that the cue ball is always ‘alive.’ If it comes in contact with any ball when you are replacing it in a ball in hand situation, it automatically becomes a foul, giving your opponent the ball in hand. Even the hand with which you are holding the cue ball should not touch other balls.

Therefore, you should be very careful when picking or placing the cue ball during a ball in hand. You can have your coach place it for you if you are in a tight spot.

Where can You Place Ball in Hand in Pool?

Therefore, it is essential to understand the game you are playing and have it clear with your opponent how it works before you begin.

When You Scratch in Pool is it a Ball in Hand?

Generally, a scratch in pool results in a ball in hand for your opponent. However, the type of scratch might determine the placement of the cue ball. A scratch on a break in 8-ball would mean that the cue ball would be placed behind the head string.

If you’d like detailed information on What is a Scratch in Pool, I wrote an article about it.

If you’d also like to know more about scratching on 8 ball, see the article I wrote on the subject.

In most games, the ball in hand is placed anywhere. However, it would be best if you agreed about it with your opponent before the game began. Note that if the 8-ball and cue ball is pocketed or driven off the table during a legal 8-shot, your opponent forfeits the game.

Ball in Hand VS Behind the Line

It should no longer be a question of ‘Is there ball in hand in professional pool? It is clear that there is. You only need to be sure of when it is allowed in your game. It is at this point you have the distinction of ball in hand and behind the line.

Ball in hand gives your opponent some advantage over you in the game. Therefore, you should take careful note of the causes of this foul and avoid them while playing. You should also ensure that your opponent understands the foul before you start playing.

After most fouls, you may be granted a ball in hand, so use it wisely! 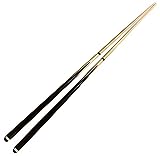 Can You Paint Pool Table Felt

What is the Difference Between Aramith Pool Balls