You will admit that finding a good cue is not easy, especially when you have a budget below $100.

Every player needs a good cue that places them in a vantage point. Beyond being a favorite tool, a good cue is your advantage if you’re playing against others. It also assists you in breaking through new learning curves.

To save you some research time stress, let me introduce the Viking Valhalla 2-Piece Pool Cue.

It is a sturdy and dependable cue fitting for whichever skill level you consider yourself fit into. You’d learn about the features and peculiarities of this piece in this Viking Valhalla cue review.
Ride on to see the what and the whys that make Viking Valhalla a good fit!

As suggested by the name, Viking Valhalla 2 piece pool cue is a product of Viking Cues. The cue manufacturing company, founded in 1965, has made a name for themselves in the cue domestic product line.

Their brand is generally associated with firm pool cues that make tactile and robust contact when it hits a cue ball. Usually, this contact with the cue ball is followed by a “Viking sound.” With the Valhalla series, the company made an entrance into the budget-conscious cue market.

Due to the turn of events following the major recession, new management took over Viking Cues. Following that event, enthusiasts of Valhalla by Viking pool cue raised the alarm regarding the decline in the quality of the cues produced.  The former management had to be hired on a consulting level to fix things. Since then, the cue took a big leap on the path of quality recovery.

According to the producer – Viking Cues, the Valhalla by Viking pool cue and other Valhalla premium cues was designed and crafted by their best craftsmen.

The cue’s beauty and style make it easy to believe that the best set of hands worked on the piece. In a single pool stick is the perfect combination of a killer style and solid performance.

The pool cue comes with a Canadian Maple shaft, which ensures your hits are accurate. Also, the metal threading at the joint ensures you have a secured and long-lasting lock. The cues’ 13mm leather tip comes ready to play – scuffed and shaped.

Some players in their Viking Valhalla cue review say ball control is the cue’s strongest point. That quality of play is achieved with the tip of the cue. The pool stick is available in seven different colors, meaning you can settle for your color choice. It is also produced with an adjustable weight feature, allowing you to select from 18-21oz.

Features of the Viking Valhalla Cue

The features of the cue are listed below as:

None of the features of the Viking Valhalla pool cue range have changed and therefore they will all play the same. The price difference of approximately $20 between the VA 10X range and the VA 1XX range is down to the look and styling of the cue.

Which Skill Level Would Benefit From This Cue

Lots of players readily associate the Valhalla brand with beginners’ skill level. However, from experience, this cue’s best skill level is intermediate.

Beginners who are on a transition into the intermediate play mode will also find the cue very useful. Regardless of playing level, players who are very confident in deploying spin can also use this cue.

If you are the type that loves to attempt complex trick shots during play, the Valhalla pool cue will also serve that purpose. So, there is much flexibility and gameplay styles to explore with the cue.

I know this Viking Valhalla cue review won’t be complete without sharing my personal experience using it. First thing first, the Valhalla pool cue by Viking represented me with a great pool cue with amazing features at a price I could afford. It is a cue I would recommend for anyone willing to invest in a pool cue with about a $100 budget. Although it has some downfalls, for its price it can’t be beat!

Firstly, a few years ago, I used to play pool at a friend’s bar, with some badly tended cues. nothing competitive, just for fun.

It was there that I got my hands on the Viking VA119 Autumn Orange cue.

There was nothing much to complain about. I actually really liked this cue, so much so I even bought one – If it wasn’t for the price I probably wouldn’t have, but it was cheap enough and well worth the money. I purchased the 20 oz Valhalla pool cue and loved it!

For much less than $100 it has a very well-crafted and smooth shaft, the cue has a great comfortable feel.

One thing I like about my Viking Valhalla 2 piece pool cue is that even at this price point, you still can change the weight of the cue using the weight bolts located in the butt. I know many players don’t attach much importance to the weight of a cue, but a badly weighted and balanced cue will negatively affect your game.

To give you an idea of my overall thoughts for this Viking Valhalla cue review, I would have to say its a really good cue.

It is just a solid shaft so no fancy stuff going on in its core but it is straight and does shot well. The tip that came with mine was already a well-rounded leather tip and was pretty much good to go from the off, which is noteworthy. in other reviews on the Viking Valhalla 2 piece pool cue I found some people complained about the tip falling off not long after purchasing it.

I personally didn’t have that, but I would say the tip is a basic solid leather tip. It certainly wasn’t the best tip I’ve ever used and it was a bit hard for my liking, but I was able to get some good draw and english shots with it so I can’t give it too much of a hard time.

It surprisingly gripped well to the cue ball and I had no problem with it holding chalk.

Cue tips are always changeable anyway, so the tip on a pool cue should never deter you from a well-made cue such as this.

As I mentioned, this is a solid cue, there is some deflection, not too much but its noticeable. Although maybe I’m used to playing with LD shafts so maybe that’s why I noticed it.

It certainly isn’t an issue, and once you are used to the cues nuances, you’ll be shooting like a pro with it.

Depending on which style you get, will depend on the look of the cue. All the other attributes will stay the same and you will play equally well with the VA-101 and the VA-241 even though there’s around a $20 difference.

The difference comes with the wrap  & outlays. If you choose the VA-2XX range of Valhalla cues you’ll be getting a beautiful-looking cue with different styles of graphics to suit any personality.

Depending on which style you consider, they are priced between 60-80 dollars and, honestly, are well worth the money. these are not just slightly under $100, they are well under $100 and for the money, in my honest opinion, you are getting a great cue.  Although there are some drawbacks I feel the positives more than makeup for this cue!

Its a mush have in your cue arsenal!

Take it from me; the quality of a cue affects one’s playability – regardless of your skill level. For decades, I have been playing pool for fun, and have used several pool cues. The Valhalla pool cue by Viking happens to be among the nicest sticks I’ve used. It is a top-quality piece, and the best shooting cue you can find at this price range.

You’ll probably see in reviews that many players prefer the Valhalla pool cue to expensive pieces like the high priced Cuetec cue. Without hesitation, I’d recommend this cue to anyone that cares for something of this nature.

What to learn more about the:
📰 Tiger vs Kamui cue tip
📰 Best pool table protective covers
📰 Best cues under $100

Buying a Used Pool Table for Your Home – Full Guide

How to Measure a Pool Table Accurately (Felt or Cover) 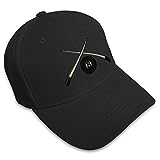