What is a snooker in Snooker? If you are slightly unfamiliar with Snooker, this might sound like an odd question to ask. Haven’t I just repeated the word snooker in the same question?

Well, yes, but as you will learn this makes perfect sense.

a snooker in Snooker is a term used when you place your opponent into a position where they don’t have a direct line of sight on their object ball, thereby snookering your opponent.

There is much more to it than this, but that’s the basic answer to what is a snooker in Snooker.

What is a snooker in Snooker

Before you read any further, ill just give you the answer to what is a snooker in snooker then later i can expand on it.

What is the basic answer to, What is a snooker in snooker? A snooker is the name given when a player leaves the cue ball in a “snookered” position, meaning the opponent doesn’t have a straight line of sight to any of his object balls and therefore unable to hit the far left OR far right of the object ball while hitting the cue ball in a straight line.

Quite often, the cue ball is obstructed by another ball partially or fully, making a straight shot on the object ball impossible.

If the ball is obstructed by the cushion, like when the ball is in the jaw of the pocket, then this is NOT a snooker and the snookered rules don’t apply.

To escape the snooker will require skill and accuracy, possibly off 1 or more cushions while traveling over some distance.

But, the whole time, keeping in mind that IF they make the shot, they can’t leave an easy pot for their opponent, otherwise it could be game over.

While doing what they can to escape their snooker, they need to be mindful of where the cue ball will end up, and if possible can they reply with a snooker of their own.

Games such as these can produce some absolute epic tactical battles.

It’s worth reminding you that Snooker is played on a 12-foot table, it’s much bigger than English and American pool tables and It’s even bigger than Carom tables, too. If you have ever played on a Snooker table or even seen one, you’ll know just how big they are!

I made this infographic below for my article on explaining the difference between pool, snooker, and carom but I feel it’s also relevant here, to show you the sizes of the different tables.

Answering what is a snooker in snooker can be a lot to take in, so I’ve made some snookered examples for you to look at, hopefully, it will help clear up any uncertainties

So, in the above example, the shooter has just played spectacular snooker landing the cue ball snug behind the blue ball. Using what we know about what is a snooker, we can see the white ball is obstructed by the blue, meaning that the white ball is unable to hit any available reds without the use of some trickery, hence, being snookered.

In the above example, you can see a very common type of snooker. The ball has been played where its final resting place is up close to the yellow.

As you can see, to make the shot in-hand, the shooter cant hit the ball in a direct straight line because it will obviously foul and hit the yellow ball. To make the shot will require the shooter to hit the cue ball off at least one cushion. If he fails, then the ref will call a “miss and a foul”.

So hopefully you now have a slightly better idea of what a snooker is in Snooker. But, have you considered what happens if the player fouls while trying to escape the snooker?

Fouling after a snooker

So you managed to pull off a spectacular snooker for your opponent to deal with, one that looks almost impossible to escape from.

You managed to bounce the white ball of the baulk cushion, tucking it perfectly behind the green ball.

There is no straight shot on for any of the reds available on the table meaning you produced a successful snooker… well done!

Your opponent nervously takes aim at escaping this conundrum, he hits the cue ball with the hope of hitting a red ball, but, alas, he fouls!
The referee call a “foul and a miss”

What now you may be wondering. Do you replace the white ball? Do you put the white in the D? How many points do I get?

Let’s look to clear this up a little.

What do I do with the cue ball after the foul

If the cue ball, as a result of the fouled shot finishes in a favorable position for you, then you can continue from that spot.

If the cue ball isn’t in a favorable position you can have the cue ball replaced, meaning your opponent will need to take the shot again. The referee will replace the cue ball back behind the green in this case.

If the referee calls a “foul and a miss” you can have the ball replaced as many times as you want until the win on points is impossible with the remaining balls on the table. In this case, the referee will call a “foul” and then it will be your turn to take aim.

This rule was introduced to stop players making “professional fouls” where they would deliberately foul making sure they left the ball in a safe position.

How many points do i get after the foul

A standard miss, where you don’t hit any balls, the referee will give a “foul and a miss” and you will be awarded 4 points

If you hit, let’s say the black ball instead of a red ball, you will be awarded the value of that color in points, for the black, that would be 7 points.

The same is true if your opponent fouls by hitting the blue (5) or pink (6). You will be awarded the value of points for that ball.

If the foul is committed while hitting a yellow (2), green (3) or Brown (4) then 4 points are awarded for the foul.

So, I hope you have memorized the value of the snooker balls because this is something people tend to forget.

In this case, If you wish to have the shot re-taken, then all the balls will be put back into the places they were before that shot was taken, and the shooter will need to retake that shot again.

Is a snooker an important part of the game

I would say snookering your opponent is an integral part of the game, it produces some real clashes and showcases the immense skill and accuracy these players have.

This is most evident when there are not enough points remaining on the table to secure a win. Therefore, a player has to rely on points from causing his opponent to foul from snookered positions.

Hopefully you now have a better understanding about what is a snooker in snooker.

Snooker is a fantastic sport, and as with all sports, there are a number of rules to follow. World Professional Billiards and Snooker Association (WPBSA) are the governing body for snooker and they are the guys who make the rules.

If you are unsure about any other rules or forget what is a snooker, then you can check out their official snooker rules.

There is also some confusion between amateur league games and professional games where some people think the rules are different, but in fact, the rules are the same.

It’s worth noting that some leagues make small alterations to the rules to make the games more fluid. But that’s a choice of the league. The official rules set by WPBSA apply to both amateur and professional snooker. 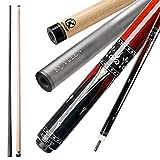 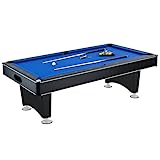 How to Play Pool Alone