Snooker is a cue sport that originated in India in the second part of the 19th century. The game grew immensely popular and spread to different parts of the country and the world. However, despite the similarities between the two Asian countries, the level of popularity is not the same. So, how popular is snooker in China?

Snooker is one of the most popular sport in China, played by an estimated 50 million people. There are more than 300 snooker clubs in Beijing, the capital city. The popularity of snooker soared in China soared after the ascension of Ding Junhui, who was ranked as the number one professional player in the world at one time.

In China, many major professionally recognized snooker tournaments are held. Snooker is also a popular street recreation in China, even before becoming famous as a professional sport. How did this sport gain ground in China?

Snooker has become incorporated into Chinese culture more than any other country in the world, asides from Britain, where it originated (British army base in India). Snooker is a prevalently televised sport in China, and its viewership competes with football and basketball, which are the most televised sports in the country.

The ‘parlor-trick’ style of display is an aspect of snooker that drew much interest from Chinese viewers in its early stages in the country. They were fascinated by the nature of the game that allowed players to pot balls continuously.

The government of China invested a lot into developing the future of the game in the country. Snooker has even been incorporated into their school curriculum.

A school formed the World Snooker College in Beijing. They replace textbooks and exams with snooker tables and casual clothing. The college hopes to unearth the next best sensation in the game.

There are excellent coaching facilities and regional, national, and professional competition holds. These strategies create a clear path to making the teams get to the top of the game in China.

Snooker clubs have emerged and become famous in China. These clubs encouraged the participation of the viewers in the sport. They sought to replicate what they had seen on television. Beijing and Shangai alone have about 1000 snooker clubs, and more get added regularly.

When Did Snooker Get Big in China

The rise of snooker in China can be traced to the success of James Wattana on the international scene. The success of Wattana inspired people like Ding Junhui and Marco Fu to propel the popularity of the game further in China. Their success turned the attention of WPBSA, the governing body of the game, toward China in the Asian market.

The first international snooker tournament to be held in China is the China International that was organized in September 1997. It was abandoned in 2002 but revived in 2004/2005.

The game holds annually in early April and serves as the last ranking event before the World Championships. It was renamed China Open in 1999 and has contributed immensely to its popularity in China.

Snooker became a big deal in China when everyone saw that it was a sport they could play. It made the government pay attention to the sport and invest in it.

The advent of snooker clubs also greatly enhanced its popularity in China. The Chinese view snooker as a worthwhile investment of their time, and its increasing popularity shows no signs of waning.

A sign of China’s snooker popularity was in 2013 when WPBSA opened an academy in Beijing.

The Difference in Snooker Prize Money

The prize money for snooker in China is one of the highest in the world for one country. The total prize fund for the China Open in 2019 was 1 million pounds, with the winner’s share being 225,000 pounds.

The winner’s share is 200,000 pounds, far less than what the winner of the China Open takes home. The Scottish Open and the Welsh Open have total prize money of 405,000 pounds, with the winners of both competitions pocketing 70,000 pounds.

The Chinese government investment and the populace’s interest in snooker have driven the sport’s monetary value up to the highest in the world alongside the UK.

China has had some exceptional snooker players over the years. These players have helped increase the popularity of the sport in the country. China has the best Asian exports in the world of snooker.

Ding Jinhui is the most successful Chinese player in snooker history. By extension, he is also the most successful in Asia. Ding has won many competitions, including the World Championships, the International Open, and the UK Championship. Marco Fu is a veteran of the sport whose career spans as far back as 1998, and he was also a world champion in 2007.

Ding and Marco Fu have served as a great source of inspiration to the next generation of snooker players, including exceptional talents like Yan Bingtao and Lyu Haotian. These two can be regarded as two of the best players globally because of their excellent performance in international competitions.

Snooker is the most beloved game in China. The sport’s popularity stems from the interest of Chinese people in the ‘parlor-trick’ style of gameplay that initially baffled viewers.

The main reason the popularity of the sport in the country has shot up can be attributed to the interest and investment of the Chinese government in the sport. The game has become part and parcel of the Chinese educational system, significantly enhancing its popularity in China.

The success of Chinese players on the international scene, notably Ding Jinhui, has also enhanced the interest of the Chinese in the sport in no small measure. The success has made players like Ding trailblazers that young players seek to emulate.

In China, they can be described as being obsessed with snooker. The presence of so many snooker clubs and government investment in the sport has made it very popular among people in China.

The sport is developing gradually, but the future of snooker in China looks bright. In the coming years, Chinese players will likely witness more success in international snooker competitions due to the attention the sport has enjoyed in the country. 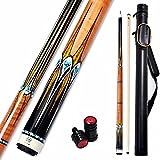 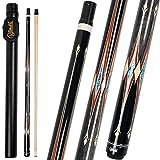 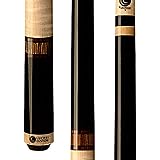 How Much Does a Snooker Table Weigh

Is Snooker A Sport and is it in the Olympics